Understanding the increase for Group F-1 and S-1 occupancies 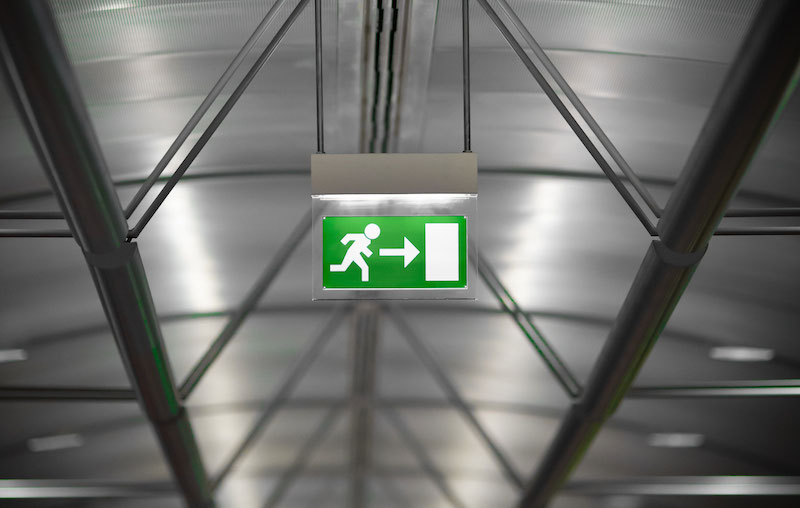 The 2015 International Building Code includes a key modification, increasing the length of exit access travel distance from 250 feet to 400 feet (if it meets specific criteria) for buildings containing Group F-1 and/or S-1 occupancy. This change is significant to the design industry, building owners and occupants of large distribution and manufacturing facilities. Understanding the code’s implications for your existing and future facilities will ensure you’re properly prepared.

The effects of eliminating the 400-foot exit travel distance

Due to the 400-foot loss, designers had to modify new warehouse and manufacturing facilities’ proportions or incur the cost of providing additional exits. And while it was clear to many in the industry that the original rationale for 400 feet was faulty, eliminating the requirement in its entirety was not an option. The industry focused on ways to increase the travel distance for large buildings containing Group F-1 and/or S-1 occupancy.

An industry group in California came together as “Task Group 400” and conducted a fire modeling study, which demonstrated that the vast volume of large buildings could be used to contain smoke. The group’s report was reviewed by the California State Fire Marshal’s Office and presented to the California Building Standard Commission, requesting a reinstatement of the 400 feet travel distance without any special protection, provided all of the following are met:

1. The portion of the building classified as Group F-1 or S-1 is limited to one story in height
2. The minimum height from the finished floor to the bottom of the ceiling or roof slab or deck is 24 feet
3. The building is equipped throughout with an automatic fire sprinkler system in accordance with Section 903.3.1.1.*

* Reference made to the 2013 California Building Code

The exit access travel distance reversal was successfully passed, and California adopted an amended version of the 2009 International Building Code as the 2010 California Building Code.

California’s code change was later adopted into the 2015 edition of the International Building Code — the model code for most states.

It should be noted that, although code no longer requires smoke and heat vents for this travel distance increase, vents or mechanical smoke removal system, are still required by Section 910.3** and 910.4** for Group S-1 and F-1 buildings of more than 50,000 square feet. There are exceptions, however, for frozen food warehouses and areas with specific types of sprinkler systems.

* * Reference made to the 2015 International Building Code