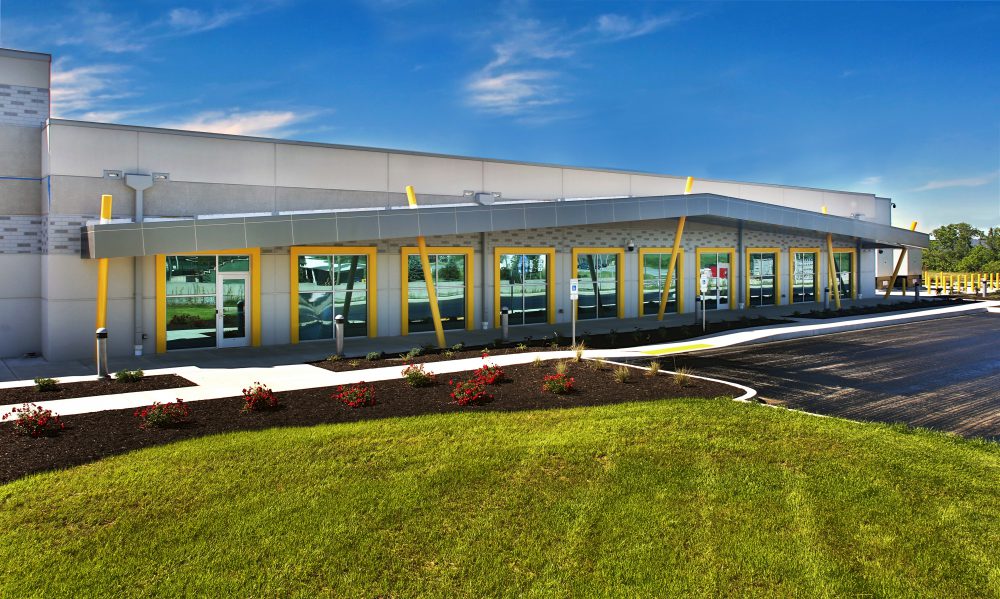 This summer, Stellar completed one of its more unique design-build projects: a state-of-the-art, organic-certified and highly publicized chick hatchery for poultry processor Bell & Evans. The 120,000-square-foot facility in Fredericksburg, Pennsylvania began operations in September and is the first of its kind in the United States.

As the project developer, I worked with the Bell & Evans team to help develop this unique, industry-shaping facility.

(By the way, this isn’t the first time we’ve worked with Bell & Evans: Check out the packaging and storage facility we helped them build.)

What makes it so unique?

Today, more and more consumers care about where their food comes from, and food manufacturers are paying more attention to animal welfare, too. The Bell & Evans plant prioritizes the humane treatment of chicks and goes above and beyond typical industry standards.

Compared to traditional hatcheries, the new Bell & Evans facility provides chicks with light, organic food and water as soon as they hatch. Typically, chicks would go without these essentials until the chicks arrive at the farm (sometimes up to 3 days). Not only is this more humane, but it promotes stronger, healthier chicks that are less prone to disease, making antibiotic-free poultry production easier to accomplish.

The unique system — developed by Dutch company HatchTech — also minimizes the risk for contamination between chicks hatching and arriving at the farm.

Traditionally, chicks hatch in the dark among their shells and aren’t removed until all the chicks in the brood have hatched. At that point, they typically are counted and sorted mechanical methods before going off to the farm.

Compare that to the HatchCare system where chicks hatch out of their shell and drop into a basket separate from their shell and other potential contaminants. Chicks remain in this lit basket with organic food and water until they arrive at the farm, minimizing the need for human interaction and exposure to potential contaminants in the environment.

A quieter, calmer environment for hatchlings

Since they start becoming conditioned to an illuminated environment right away, chicks are not startled — which induces stress — when the hatcher door is opened. HatchCare also features a quiet motor compared to louder, traditional motors that can create anxiety in the chicks. Plus, since there aren’t any shells or unhatched eggs around, chicks have more space to move around freely.

As the focus on humane animal treatment continues to grow, I foresee this kind of technology growing in popularity over time and perhaps even becoming the industry norm someday. Of course, being an “early adopter” comes with considerations. When it comes to this unique, animal welfare-focused hatchery technology, considerations include:

While there will always be trade-offs and risks to trailblazing in your industry, it can really pay off as well. The deciding factor: Are you strategically preparing for that investment? Next week, we’ll discuss major lessons from the Bell & Evans project that food manufacturers from any sector should consider when thinking about delving into a new technology or process.

Have questions about this project or about your facility’s needs? Comment below!