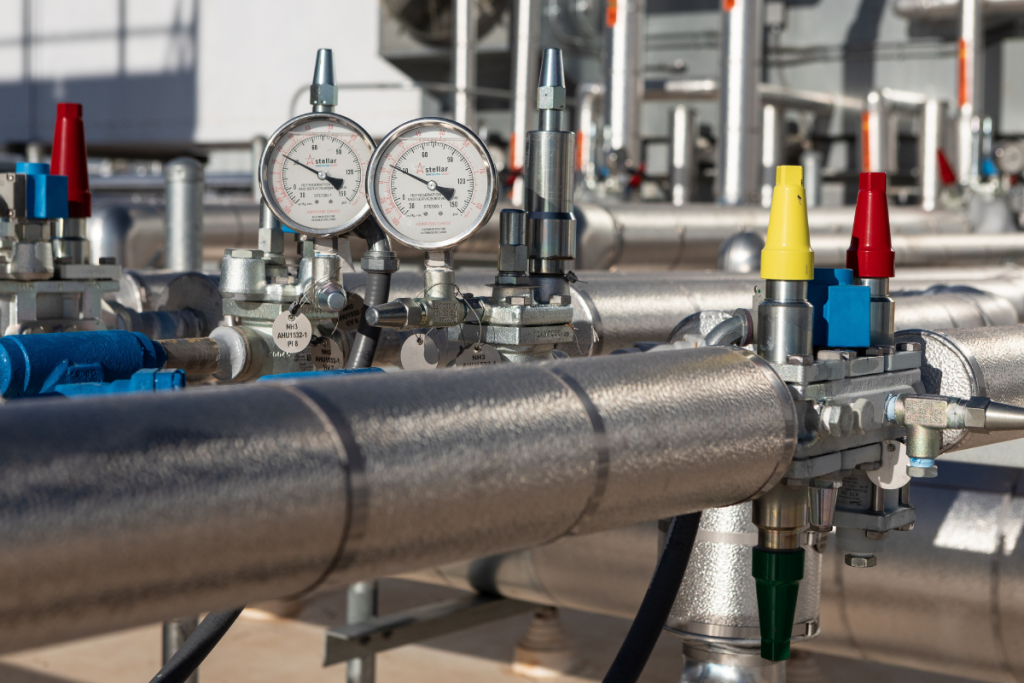 Operable refrigerant systems have been in use since the 1830s, with ether as the original refrigerant. Over the years, the use of refrigerants has evolved as technology has advanced and research has revealed more about the impacts these substances have on the environment.

New restrictions continue to be placed on the use of refrigerants, making it more important than ever for manufacturers, as well as commercial and industrial owners, to stay up-to-date with the latest trends and changes.

The history of industrial refrigerant use in the U.S.

In early 2021, the U.S. Senate and House passed the American Innovation and Manufacturing (AIM) Act, codifying the U.S. Environmental Protection Agency’s (EPA) authority to enforce the Significant New Alternative Policy (SNAP) Program that mirrors the phasedown of hydrofluorocarbons (HFCs) prescribed in the Kigali Amendment to the Montreal Protocol. The AIM Act’s final rule directs a phasedown in production and consumption of all HFCs in the United States by 85% over the next 15 years.

This follows the EPA’s previous announcement they would begin to gradually phase out hydrochlorofluorocarbon (HCFC) refrigerants starting in 2010 as part of a continuing effort to preserve the Earth’s atmosphere. The production and importation of HCFCs will be completely banned in the U.S. by 2030.

The federal government has stepped in multiple times to limit and reduce the use of refrigerants. In the mid-1990s, the U.S. government banned the use of chlorofluorocarbons (CFCs) and halons because of their high ozone depletion potential (ODP) and global warming potential (GWP).

With the number of refrigerant options in flux, companies and manufacturers are struggling to find more sustainable, synthetic alternatives.

This is where many in our industry find themselves comparing natural versus synthetic refrigerant replacements. However, every refrigerant has its pros and cons and, unfortunately, there is no one-size-fits-all solution.

Here is what you need to know to make an educated decision on what’s best for your industrial refrigeration system(s):

What are synthetic refrigerants?

Synthetic refrigerants are human-made substances that gained popularity as modern refrigeration systems came into the spotlight in the 20th century.

They can be colorless, odorless, non-toxic, and typically nonflammable. The many different types are suitable for a wide variety of appliances and many systems can be retrofitted to use a different synthetic refrigerant if federal or state requirements change.

For years, synthetic refrigerants dominated the industry, but today most are being phased out of use by the government because of their environmentally harmful effects.

While various synthetic refrigerants are being developed to improve their ODP and GWP, research shows natural refrigerants continue to be the most climate-friendly options.

CFCs were invented as early as 1930 as nontoxic, nonflammable alternatives to the natural refrigerants available in the market, like sulfur dioxide (SO2) and ammonia (NH3). Their chemical composition contains carbon, chloride and fluorine. CFCs include R11, R12, R113, R114, R115, and R502, but are most commonly recognized as freon.

These were among the most popular synthetic refrigerant options for years, but their production was banned with the signing of the Montreal Protocol in 1987 due to the negative effects of chlorine on the stratospheric ozone layer when released into the atmosphere. Some older systems may still contain CFCs, but they could be replaced with more climate-friendly alternatives.

HCFCs are close neighbors to CFCs and were used as substitutes when CFCs were originally being phased out. Their chemical composition includes hydrogen, chlorine and fluorine. The additional carbon molecule in HCFCs makes them less damaging to the ozone compared to CFCs. However, like CFCs, they are powerful greenhouse gases containing ozone-damaging chlorine with a high GWP, and have subsequently been banned from production.

Common HCFCs include R22, R123 and R401a. They are also often referred to as freon. The Kigali amendment to the Montreal Protocol required R22 be phased out by 2020, and all HCFCs by 2030.

HFCs, like HCFCs, were used as alternative synthetic refrigerants when CFCs were being phased out. They are made up of hydrogen, carbon and fluorine molecules.

HFCs have no ODP, since they do not contain chlorine, but are greenhouse gases with high GWP. The 2016 Kigali Amendment to the Montreal Protocol began the process of phasing out HFC use.

In 2016, the EPA announced that specific refrigerants, including R134a, cannot be used in new chillers after January 1, 2024. R134a will be available to service existing systems after 2024, but production will continue scaling down.

In 2020, the EPA officially proposed phasing out all HFCs, lowering their allowable use in both new and existing refrigeration systems while also cutting production by 85% over the next 15 years, codified by Congress with the AIM Act. This would include the use of HFCs for servicing pre-existing systems.

HFOs are considered “fourth generation” refrigerants made of hydrogen, fluorine and carbon. They were developed to replace CFCs, HCFCs and HFCs deemed environmentally harmful by the Montreal Protocol. Olefins refer to the double bond between two carbon molecules that makes up the compound. HFOs do not contain the ozone-damaging chlorine element and have a relatively low GWP number. Following updates to the Montreal Protocol, HFOs became one of the popular refrigerant alternatives, alongside HFCs before Kigali was ratified.

HFOs are generally considered to be low-pressure and nonflammable refrigerants, but they do have a slightly higher flammability rating compared to previous synthetic refrigerants.

As the world has shifted to incorporate more environmentally conscious solutions, refrigerant blends have been developed as yet another alternative. These substances are mixtures of two or more refrigerants, like HFOs and HFCs. Combined, their individual properties are optimized to create substances that are better for the planet than traditional synthetic refrigerants, but still offer some of their benefits.

Blends are classified as either azeotropic or zeotropic. Azeotropic blends are mixed by combining refrigerants that have the same boiling point. Meanwhile, zeotropic blends combine refrigerants with different boiling points. This variance of boiling points creates a potential for the separation of refrigerants, changing the composition and thermodynamic properties of the blend. This would primarily occur at the evaporator or condenser where the blend sees large latent loads, with either liquid components not evaporating or gas components not condensing.

Opteon products are popular HFO-based blends commonly used in chillers and commercial refrigeration equipment. This azeotropic blend is being used to replace R134a because of its comparative thermodynamic efficiency, low safety risks, zero ODP and low GWP, and compatibility with systems using R134a.

What are natural refrigerants?

Natural refrigerants have gained traction in recent years as federal agencies have encouraged users to select eco-friendly refrigerant options. They have little to no ODP and GWP, making them the more sustainable choice and the least likely to be restricted or discontinued in the future.

Not only are natural refrigerants better for the environment, but they are also typically more energy-efficient and cost-effective. These refrigerant options have better thermodynamic efficiency, thus placing less strain on cooling systems. However, purchasing equipment for natural refrigerants can be more expensive compared to systems using synthetic refrigerants.

Natural refrigerants have their own unique characteristics that manufacturers and users must consider, including higher toxicity levels, flammability and pressure ranges. Proper safety measures and protocols can be used to counteract these and mitigate risk.

Ammonia is a naturally occurring, colorless gas favored since 1859 as a refrigerant by the meat industry both for its thermodynamic properties and because it could be made from process waste. Commonly branded as R717, its thermodynamic efficiency can reduce energy and operational costs by up to 10%.

Ammonia is an environmentally friendly refrigerant alternative with zero ODP and GWP ratings.

While ammonia presents many advantages, its use requires heightened safety considerations. Ammonia is poisonous in high concentrations, but because it has a low odor threshold and is readily detected by smell, it is easy to identify leaks even in very small amounts. It is a corrosive gas and also flammable at concentrations of approximately 15% to 28% by volume in air.

In previous blog posts, we debunked some myths about ammonia and explored how to address common safety issues with an ammonia system.

CO2 makes a good refrigerant alternative because of its low environmental impact and thermodynamic properties. It is also relatively inexpensive but does require high-pressure cooling systems specifically designed for CO2 use.

As a natural refrigerant, CO2 is sustainable with zero ODP and 1 GWP impact.

It is colorless, odorless, nonflammable, and has low toxicity. Safety measures must be implemented with CO2 refrigeration systems since it cannot be detected through smell.

A common challenge in CO2 systems is their required high operating pressures. Development continues for cost-effective high stage CO2 equipment that can be used on the scale required by most industrial refrigeration standards. (It is currently only used in smaller scale transcritical CO2 package systems.) The refrigerant grade CO2 known as R744 is commonly used as a replacement for R134a and R404a.

Their excellent thermodynamic properties make them highly energy efficient. However, they are extremely flammable and require owners to establish safety precautions and standard operating procedures (SOPs) to mitigate risk.

There are many factors to consider when choosing the best refrigerant option for your industrial refrigeration system(s). While environmental impact is a driving force in the future of refrigerants, users must still consider machine compatibility, installment costs, maintenance and safety challenges during the decision-making process.

Do you know which refrigerant is right for your facility? Have questions about your older system? Our industrial refrigeration experts are here to help. Contact us here or email me at foodforthought@stellar.net.

Recommended For You
Your Checklist for Updating Your Facility’s Risk Management Program
Does your PSM compliance training meet the latest OSHA requirements? [infographic]
17 Common Ammonia Safety Issues Your Refrigeration Personnel Can Control (and Correct) 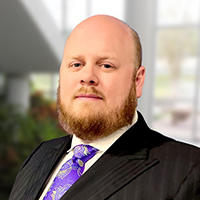 Read all of Chase A. Sly's posts.