Most of us were taught during childhood not to eat canned food from dented or bulging cans to avoid botulism poisoning. But according to the Centers for Disease Control (CDC), only 7% of botulism outbreaks between 1950 and 1996 were traced to commercially processed foods. The prospect of cans causing botulism poisoning carries such notoriety due to a widely publicized botulism outbreak in 1919 linked to a shipment of canned black olives that killed 18 people in a handful of states. This instilled widespread fear of botulism coming from canned goods into the psyche of American consumers — a fear that has been passed on from generation to generation.

In the aftermath of the outbreak, a consortium of canned food producers, scientific experts and government officials came together to develop strict regulations and establish state inspection services for canned foods processing. Not only did these regulations form the basis of what we now know as the nation’s food safety system, they restored the public’s confidence in canned foods and in the national food industry.

However, just because industrial canning has been perfected through practice over the course of a century does not mean recalls don’t still occur. In fact, two batches of canned foods were recalled in 2021 for “manufacturing deviations” that could have potentially led to botulism contamination. One food manufacturer voluntarily recalled 1.6 million cases of beans distributed between March 2019 and May 2021 due to a non-functioning temperature indicator that could have led to the beans being under-processed. Another one voluntarily recalled 16 separate lots of canned organic black beans that were distributed to stores nationwide due to faulty hermetic seals that could fail to maintain a vacuum and allow contamination into the containers.

While these two voluntary recalls were made public before any illnesses were reported, it goes to show that food plant owners and managers should be especially proactive in maintaining equipment used in canning and industrial sterilization processes.

What is botulism and what causes it?

Botulism is the illness caused when botulinum toxin attacks the body’s nerves and causes difficulty breathing, muscle paralysis and, in some cases, death. Botulinum toxin is produced most commonly by Clostridium botulinum, and less often by Clostridium butyricum and Clostridium baratii bacteria, all of which are found naturally in soil and the sediments of oceans and lakes. These bacteria create spores with protective coatings that allow them to survive a variety of extreme conditions. While it’s rare for the bacteria or spores themselves to make people sick even when they’re eaten, they can produce botulinum toxin when exposed to certain conditions. This toxin can be deadly when ingested.

Symptoms of botulinum toxicity include:

Symptoms typically appear 18 to 36 hours after eating contaminated food, but they can begin as soon as 6 hours post-consumption or as late as 10 days after. In the most extreme cases, botulinum toxicity can paralyze the muscles used for breathing and cause sudden death.

Even if a food contains viable C. botulinum spores, if it does not create the perfect environment for botulinum toxin to be produced, it will be perfectly safe to eat. According to the Food and Drug Administration (FDA), botulinum toxin is produced in foods under a combination of specific conditions:

Though the bacteria that can produce botulinum toxin can’t survive the temperature of boiling water (212 °F/100 °C), their spores can survive until they’re held at temperatures between 240 °F to 250 °F (116 °C to 122 °C), which requires the use of pressure in combination with boiling water. This is why, according to the CDC, home-canned vegetables were the most prominent vehicle for botulism toxin from 1950 through 1996 due to their often low acid levels.

Without the use of a pressure cooker, it’s impossible for home canners to properly process low-acid foods like beans, carrots, spinach, fish and meat, especially at higher altitudes, where water boils at lower temperatures.

Botulism is often associated with dented, bulging or rusty cans — for good reason. Dented or rusty cans can have microscopic holes that allow contamination into the can, which can lead to the production of botulinum toxin. Bulging cans may be storing food that has already spoiled or created botulinum toxin, which produces gas that leads to the bulging.

Retort processing is used to sterilize canned foods en masse. A retort is a large pressure chamber that delivers heated water, steam and air during different phases of the sterilization process, in which batches of hermetically sealed cans or containers are heated and held at temperature for a specified period of time to kill any spores or microorganisms. The length of time is determined by the type of food being processed. The heat creates steam to saturate the headspace within the containers that condenses to form a vacuum when the batch undergoes a controlled cooling process.

Different types of retorts use a combination of water immersion, water spray, saturated steam and steam-heated air to attain and evenly distribute the temperatures needed for commercial sterilization. Some have rotary capabilities, which stir containers to ensure uniform heat distribution throughout the food being processed. This can be especially useful for soups and foods that have inconsistent density throughout the container — if the proper temperature isn’t reached throughout the entire product, spores can survive the sterilization process hidden in the core of a chunk of meat or vegetable.

How to prevent a botulism recall

Stopping a botulism recall from originating in your facility is all about proactive maintenance and prevention.

Choose a type of retort that fits the purpose. Once a retort is installed, it is imperative to validate the retort’s design and functionality before it is put to use on food that will be distributed to consumers. Though retort manufacturers are under heavy regulations to ensure their products meet or exceed regulatory requirements, validating the design and function of the retort and its control system ensures it is safe to use. Once validated, no modifications should be made to the retort, process or control system. If modifications are made, the retort must be revalidated before it can be used for production.

Regular maintenance schedules as recommended by the manufacturer should be performed to prevent and fix any wear and tear within retorts, with special consideration given to parts that regulate pressure and deliver steam. Vents, fans, jets, water spray showerheads and pumps should be cleaned and maintained on a regular basis to prevent irregular temperature distribution that could impact processing.

The same regular maintenance treatment should be applied to components outside the retort that are involved in the canning process, especially clamps, welders, metal stamps and presses that are used to manufacture and hermetically seal the cans.

Additionally, chloride ions present in water sources can lead to corrosion within retorts. Once corrosion starts, it’s often a runaway progression. Cutting away corroded sections and welding in replacement pieces only introduces more stress to the vessel and is not a viable fix.

Instead, water and steam chemistry tests should be conducted to detect the level of chlorides in retort water. For plant operators to sustainably use retorts on a long-term basis, a water treatment system that controls chloride and pH levels should be utilized to prevent the sources of corrosion from entering retorts.

Finally, ensure the packing and shipping process protects your products from damage during delivery. Even if a can gets a minor dent that doesn’t create a hole, consumers are wary of purchasing damaged canned goods and retailers are wary of displaying them on the shelf.

If the packing and shipping process ends up denting and/or damaging more than a negligible amount of cans, it’s time to rethink and redesign the process. It only takes one dent to create a hole that leads to contamination and botulinum toxin production. It shouldn’t take a preventable injury or death to force an upgrade.

To learn more about how you can improve your food plant’s packing, shipping or sterilization processes, email me at foodforthought@stellar.net. 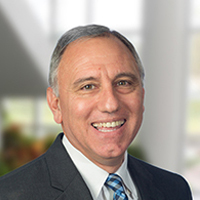