The Suez Canal blockage in March 2021 pointed out a major pinch point — for lack of a better term — within the global supply chain. One ship getting blown off course during a predictable sandstorm halted 12% of global trade — an estimated $9.6 billion per day. While the Ever Given was freed after six days, the ripple effects of the event will be felt for months due to the thousands of ships delayed in those six days.

Witnessing the magnitude of what a single ship mishap can do to interrupt global trade makes it obvious that safeguards need to be put in place to prevent such events in the future. If an accident put a stop to 12% of global trade, what kind of damage could an intentional act inflict?

Was the Suez Canal blockage preventable?

Safeguards could be established by identifying the preceding conditions in order to develop warning signs and by creating thresholds that would automatically trigger contingency plans to avoid supply chain disruptions.

Using this formula, the Suez Canal blockage could have been avoided if historical weather patterns were compared against the conditions on March 23, 2021 to predict the sandstorm that blew the Ever Given off course. The historical weather patterns could have been analyzed against the ship’s dimensions and previous canal blockages to develop threshold triggers that, when reached, could have sent warning signs to the port authority. The port authority could have then taken precautionary measures by halting movement through the canal or sending ships through that would be less susceptible to being blown off course.

It seems like a simple enough event to avert, yet it still happened. Therefore, we must redesign the global supply chain with an aim for instilling resilience, transparency and interoperability.

The buzzwords in the title of this post could make up the infrastructure of a resilient supply chain: blockchain technology, industrial internet of things (IIoT) and artificial intelligence (AI).

Blockchain technology has the capability to form the historical record-keeping part of the supply chain. IIoT is the finger on the pulse — capturing accurate, real-time data automatically, as it happens. AI is the eye into the future, aggregating the mass of information to make sense of it all, and in turn, identifying the factors that coincide to cause disruptions and the thresholds where intervention must take place to minimize or avoid impacts on the supply chain.

These three futuristic technologies have the capability to create a more resilient global supply chain and remove countless redundancies and inefficiencies in the process.

The case for a supply blockchain

Blockchain might be the king of tech buzzwords right now, but many people that drop the term in conversation don’t know how a blockchain really works. First developed in the early 1990s, the technology was first utilized as the backbone of the Bitcoin network, but it’s usability is far beyond the cryptocurrency realm.

In short, a blockchain is a shared ledger of transactions kept by a decentralized network of computers. Frankly, it’s confusing and best explained with a visual element — this video does a good job of breaking down the way Bitcoin uses the blockchain.

All transactions made on a particular blockchain are immutably recorded in “blocks,” which contain information (groups of transactions) and generate unique signatures called “hashes.” Blocks also contain the hash of the previous block — since each block contains its own hash (signature) and the previous block’s hash, all of the blocks are linked in a chronological order, creating the blockchain.

The infrastructure of the blockchain is made up of a decentralized network of many separate computers, which record transaction data and verify the data within, and the order of, each block by agreeing to consensus with the other computers on the network every time a block is added, which is about every ten minutes. On the Bitcoin network, the operators of these computers are called “miners” and their participation is incentivized by receiving portions of transaction fees. This is how the network stays decentralized and is essentially impossible for institutions to stamp out — there are an estimated 1 million Bitcoin miners across the world, ranging in size from single computers to industrial operations with thousands of computers chained together.

As long as the internet exists, the blockchain network will exist.

How does blockchain fit into the supply chain?

In essence, a blockchain could be used to track any point in the supply chain, creating a comprehensive, instantly-available permanent record of the entire journey of a food item — from harvest to sale.

The ideal supply blockchain, as we will call it, would allow producers to record information about a harvested product at every stage of its journey. These recorded events could include:

In this ideal hypothetical, the supply blockchain would be decentralized, hosting information from all companies who participate in the supply chain since many products are made with ingredients bought from third-party producers or are manufactured via ancillary services and products. Its infrastructure would need to be decentralized so that no single entity controls the blockchain, similar to Bitcoin. Companies that utilize the supply blockchain could pay marginal fees that would be paid to the miners for hosting the blockchain.

Such a system would yield numerous benefits for consumers, producers and regulators. It could be used to track recalls and outbreaks by aiding in the speed and accuracy of tracing batches, identifying which foodstuffs and equipment the recalled batches may have come into contact with, and the recalled items’ final retail destinations. This could greatly reduce the harm from e. Coli and listeria outbreaks, and reduce waste since it can sometimes take days to track down the origins of outbreaks through disjointed paper records.

The data on the supply blockchain could be analyzed to examine conditions where supply chain disruptions occur and identify warning signs and threshold levels as a safety measure to avoid these events. Using the Suez Canal blockage as an example, if historical weather data had been analyzed against previous ships running off course and adverse weather conditions, a warning system could have been developed to identify trigger points and create contingency plans.

There are a few areas that could hinder the ability of the supply blockchain to work properly, however:

Blockchain technology could form the supply chain’s record-keeping and accountability wing, providing a universe of information to be compared against supply chain interruptions to identify warning signs and threshold levels where action should be taken to maintain the stability and security of the supply chain.

If blockchain serves as the record-keeping infrastructure in the supply chain, IIoT serves as the real-time data-collection wing of the ecosystem. IIoT has the potential to streamline the data entry process through the use of wisely placed sensors that track key metrics and events in the supply chain, logging the times and dates of events like packing, shipping and cooking.

A robust IIoT infrastructure significantly speeds up the data entry process when compared to manual entry. It also effectively eliminates human error, as long as sensors are properly programmed and systems maintained.

IIoT represents the real-time snapshot and data input wing of the supply chain ecosystem. It could constantly record and upload production data to the blockchain to create a multi-faceted data set that displays all of the different pieces of information connected to a particular product.

AI pulls it all together by looking toward the future

With IIoT infrastructure pumping mountains of data into the supply blockchain every second, all of that information will need to be analyzed and applied toward making the global system more resilient. Artificial intelligence technology has the potential to efficiently and effectively accomplish this task, which would lead to the identification of warning signs and threshold levels that are presented before supply chain disruptions occur.

In other words, AI forms the prediction wing of the resilient supply chain, reporting possible events before they happen and setting up threshold levels that, when crossed, trigger contingency plans to thwart disruptions. These disruptions could include ingredient shortages, port interruptions, legal/political events, or conditions that threaten crop survival (adverse weather, drought, viruses).

Though this reimagined supply chain would require a huge overhaul of the status quo — including cooperation among competitors — the resulting system would be one in which transparency and accountability are at the forefront. No party would have to rely on the blind trust of the previous holder of their product.

While some companies might look for financial incentives to share data with competitors who could use it against them, the payoff is the ability to remain resilient in the face of an uncertain future and the social capital they generate through accountability, transparency and reliability. 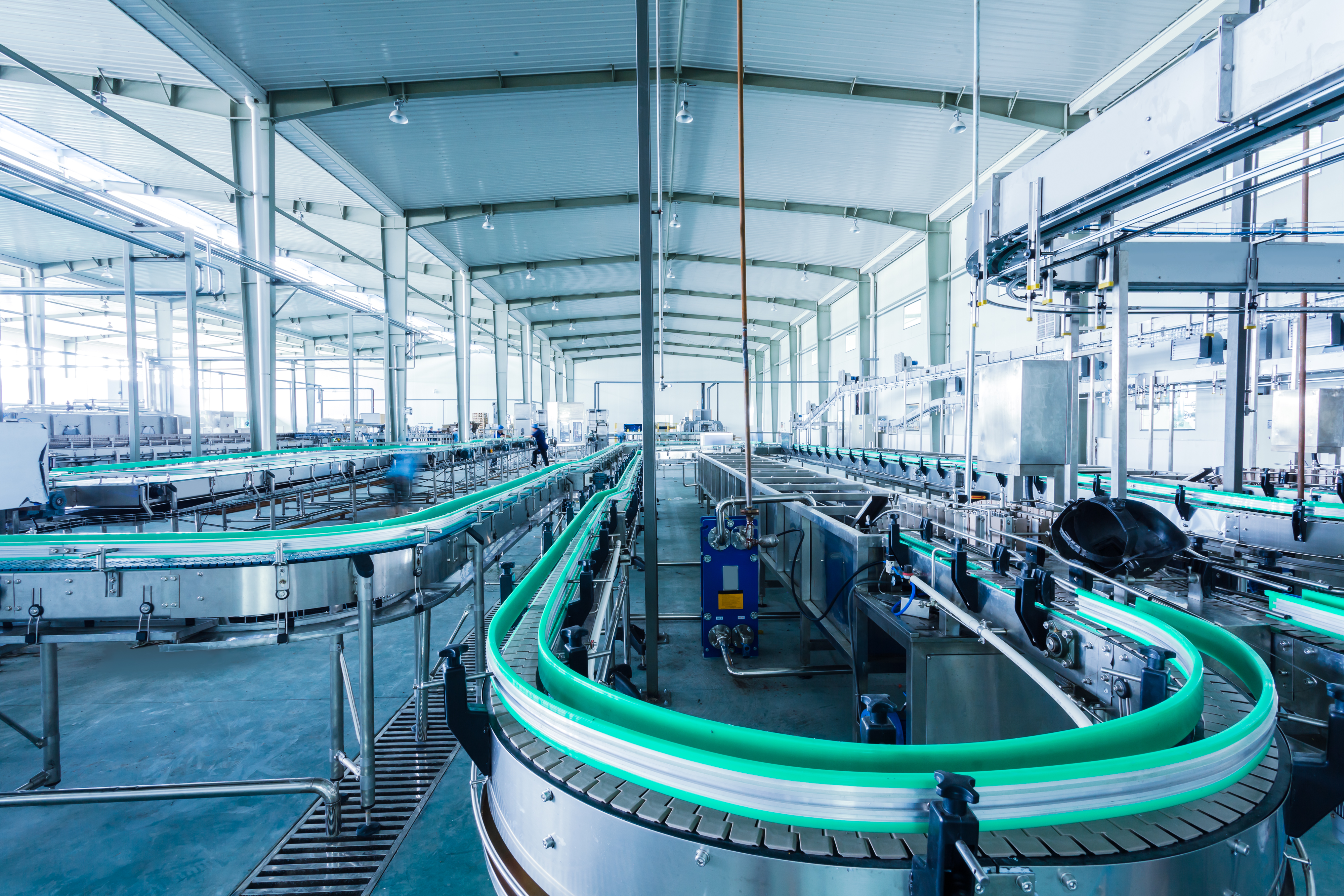 IIoT Tech Could Free Up Your Facility for Essential Workers