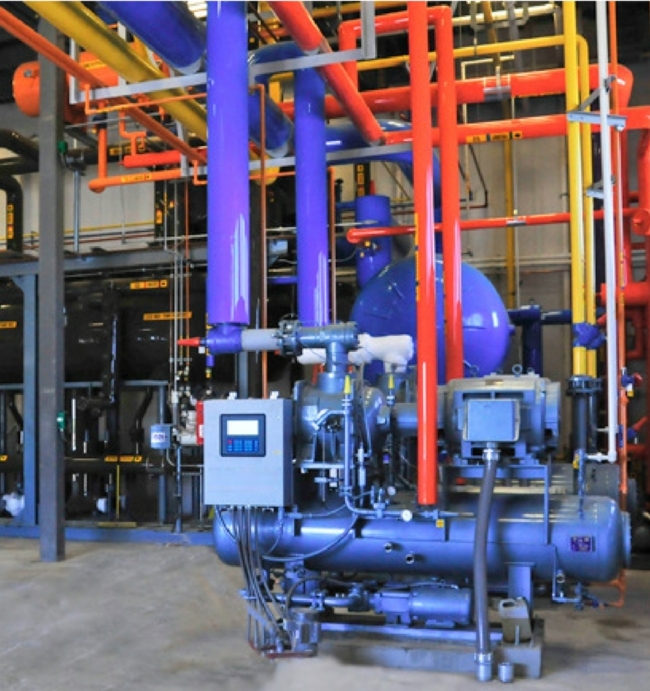 3. Ammonia charge reduction – a CO2/NH3 cascade system allows designers to limit ammonia charge to the machine room. Only CO2 is present in the processing and/or storage areas. For large low-temperature freezing systems, the reduction in ammonia charge can be significant.

Many owners are considering propylene glycol, a secondary refrigerant chilled by ammonia or another refrigerant, as a strategy to reduce ammonia charge for the higher temperature (above freezing) storage and process loads. For these applications, CO2 brine, often already part of the low-temperature cascade system, can be circulated to higher temperature storage loads serve as an efficient and less-expensive alternative to glycol.

4. Reduced compliance costs – in many cases, CO2/NH3 cascade systems can be designed with an ammonia charge below 10,000 pounds, giving owners the opportunity to reduce the costs associated with PSM and RMP compliance.

5. Constant positive pressure – because CO2/NH3 cascade systems always operate at a positive pressure, there is minimal concern about non-condensable build-up, and air and moisture cannot invade the refrigeration piping through vacuum leaks.

To learn more about implementing a CO2/NH3 cascade system for your facility, contact me at rpeterson@stellar.net.