Food Plant Refrigeration: Everything You Need to Know About Blast Cells 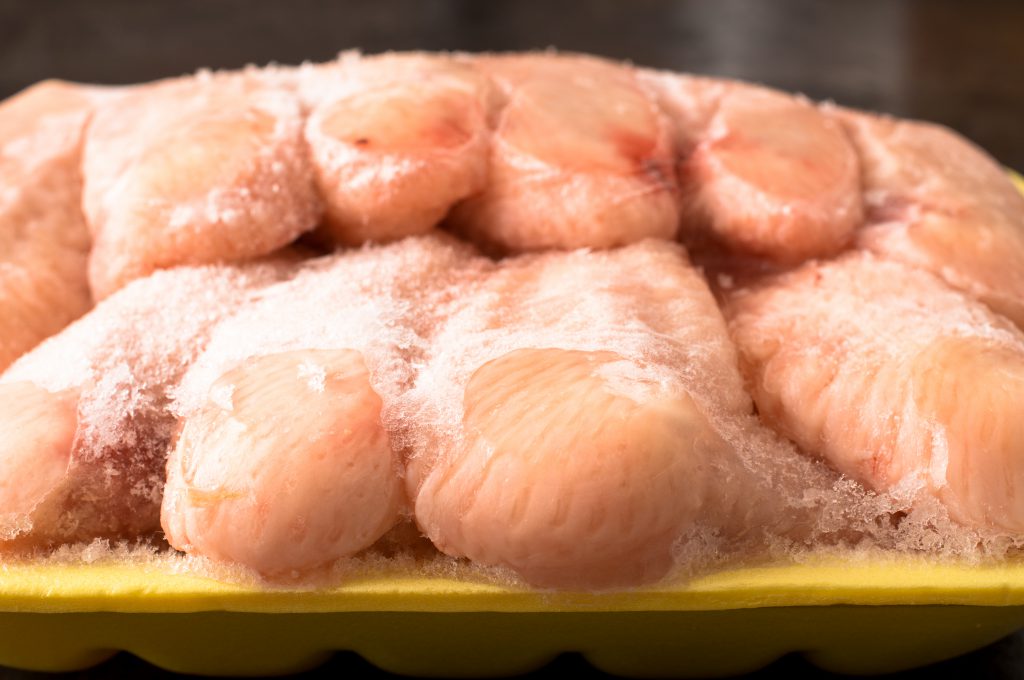 Whether your food plant packages frozen orange juice or processes chicken breasts, a blast cell freezer can be used to freeze almost any product. It’s important to understand the common misconceptions, the importance of proper design and how to operate your blast cell.

There are three types of blast freezers:

2. Variable Retention Time (VRT) freezers—VRTs are essentially a hybrid of batch blast and continuous freezers.  It is called a “variable” freezer because it can be designed to accept products from multiple production lines at different rates with different freezing time requirements.  VRT freezers are very large units that require their own building structure, and are typically located near a production line so that cased product can be conveyed onto them prior to palletizing.

3. Blast Cells —Blast cells are single-load units that typically are used to freeze many pallets of boxed product. Blast cells are usually located in a cold storage room, away from production lines. Products then stay in the blast cell for a period of time ranging from 24 hours to several days. Time spent in the freezer is dependent on product composition, airflow and temperature.

A blast cell can be used to freeze anything from raw meat or fish to prepared foods and inedible items like blood products or offal. However, blast cell performance depends heavily on airflow and temperature. Both must be designed for your product.

Blast cells are versatile freezers, which makes them ideal for a variety of products. However, blast cells are sometimes used incorrectly because of this versatility. Let’s look at the two most common myths about blast cell freezing.

People often think you can just put anything in a blast cell and it will freeze. It will, but blast cell performance and uniform freezing depends on optimized airflow through the product zone.

Fan size and airflow should be engineered not only to an optimal configuration of products on each pallet, but to all pallets in the rack system, as well. The stacking of products on each pallet must be planned and uniform to allow air to move at high velocity through the “product zone.” Pallets should always include spacers between layers of boxes so that air flows across the top and bottom of each box. If spacers between layers are not used, boxes should be arranged in horizontal rows parallel to the direction of airflow, with spaces between each row.

Uniform blast cell loading is also important. In cells where the rack systems are designed with more than one layer of pallets, short-stacked pallets and rows of empty pallets can allow air to short circuit, affecting the performance of the cell.

Myth #2—Room freezing and blast freezing are the same thing

Room freezing is placing large quantities of product in a cold room and leaving it there until it freezes. It is NOT blast freezing, because it does not rely on engineered airflow to freeze pallets of product. Some products can tolerate slow freezing without discernible damage to product quality. For most products, a properly designed blast cell will yield better quality products than room freezing.

If repeatable blast cell performance is important, ensure your blast cell is designed properly from the get-go. Engage an expert to determine the best airflow and temperature configuration for your product.

1. Airflow—Optimize your blast cell’s performance by ensuring the arrangement of product is consistent with the design capabilities of the fans. A well-designed blast cell should be capable of moving air at a velocity greater than 700 feet per minute through the product zone. If there is too much space above or below each pallet, air will flow around the product zone. The same goes for the vertical spaces behind and in front of the racks when the doors are closed.

Conversely, if there is not enough space for the required volume of air to flow through the product zone, freezing performance will suffer. Usually this is not a problem, but owners should be aware that too little of space for airflow can also affect blast cell performance. Never use stretch wrap to hold pallets together: it blocks airflow and often the wrap comes loose and makes its way to the refrigeration coil, where it can cause problems.

2. Temperature—It is a general rule that the colder the blast cell air, the faster the freezing time. However, the rate at which a particular product or arrangement of products will give up heat varies. The characteristics of the product substance, its shape and packaging can all affect the rate at which heat travels from the middle of the mass to the outer edge where the air can pick it up. Refrigeration systems get more expensive to build and operate as the design temperature drops. In some cases, colder air might not be worth the investment.

Blast cells use multiple fans over many days to freeze product. Minimize the energy your system uses by:

One of the most important blast cell best practices is defrosting regularly. If frost builds up in the freezer’s coils, your blast cell will stop working. Defrost at the end of each blast cycle to ensure that future cycles can run at full capacity.

Inspect your blast cell regularly to ensure it is running properly. A few things to consider during your inspections are to:

1. Ensure all fans work properly—Most blast cell evaporators have multiple fans.  If one fan fails, it affects the ability of the other fans to force or draw air through the refrigeration coil.

2. Check drain pans—Most refrigeration evaporators rely on a drain pan to catch defrost water and funnel it to the drain. Pans are usually heated during defrost cycle to ensure that the water flows and to prevent ice build-up. Regular inspection will catch problems before they become a giant ice floe.

3. Maintain drain pipes—Drain pipes must be insulated and properly heat traced to ensure water flows out of the cold zone and into a drain. Frozen pipes are expensive to repair and will create problems within your blast cell.  Use an ammeter to measure electric current and give your blast cell operator a visual indication that the heat trace is working.

Blast cells can be used to freeze many different kinds of products. However, the performance of your blast cell depends on the optimization of product configuration and airflow in the product zone.

If you want to learn more about blast cell freezing, email me at rpeterson@stellar.net.